In My Back Yard

With the cancellation of last weekends duathlons at Clumber Park near Nottingham and Sun City in Sunderland due to unseasonable weather conditions, I had the oportunity to regain some of my fitness lost due to rest days leading up to a heavy weekend that had been planned, 2 races in 2 days was not my usual kind of weekend, however due to the date clashes, this was to proove unavoidable this season. SunCity duathlon was just a B race but would allow me to register points on the board for the North East Regional Grand Prix. Alas this was eventually not to be, however some solid training session on the turbo and the treadmil had left me feeling good again, watching the figures rise on Training Peaks was also to prove great motivation...

With the cancellation of last weekends duathlons at Clumber Park near Nottingham and Sun City in Sunderland due to unseasonable weather conditions, I had the oportunity to regain some of my fitness lost due to rest days leading up to a heavy weekend that had been planned, 2 races in 2 days was not my usual kind of weekend, however due to the date clashes, this was to proove unavoidable this season. SunCity duathlon was just a B race but would allow me to register points on the board for the North East Regional Grand Prix. Alas this was eventually not to be, however some solid training session on the turbo and the treadmil had left me feeling good again, watching the figures rise on Training Peaks was also to prove great motivation...

... Racing close to home certainly does have its benefits. For the first time this season, because of the cancellation last week of the Sun City Sprint Duathlon, I was to enjoy the luxuries of a relative lie in and crawl out of bed to race in my own back yard around the country lanes of County Durham. Roads that are regularly on my training routes when I do venture outside from training on the turbo, but extremely close to where I do my weekend trail running.

Setting the alarm on Saturday night for 7am was luxury. It was possible for me to literally fall out of bed and arrive at the sports centre to register my entry for the 9am start. However as usual, I like to be organised and out early to go through my standard pre race routines and checks.

I must have still been one of the first to arrive at registration, but nevertheless, I parked up the car and settled in to finish my still piping hot cup of coffee that id boiled no more than 10 minutes ago.

Coffee finished and music paused, I reached for my race licence and headed in to collect my envelope containing my race number, timing chip and bike/helmet stickers. Helmet stickers? HELMET STICKERS??? I did say that this race had not passed without controversy. The first mishap of the day, i’d left my race helmet on the Breakfast table at home. Its ok though, im only 10 minutes away i’ve got plenty of time. Back in the car I headed home and this time returned to a full car park with many familiar friendly faces.

I had to put the helmet mishap behind me and compose myself. Nothing to worry about now, on reflection this was because I was packing the car on the day of the race which is extremely unusual for me as I would have had the car packed since Friday Morning, ready to leave for the race venue the night before immediately after work.

I was ready to go, id racked my bike in my allocated slot next to close friends, where we chatted and joked before going our own ways to warm up before the start. Back for the race brief, the referee and organisers repeated the usual health and safety messages and as it was concluded it was time to go. 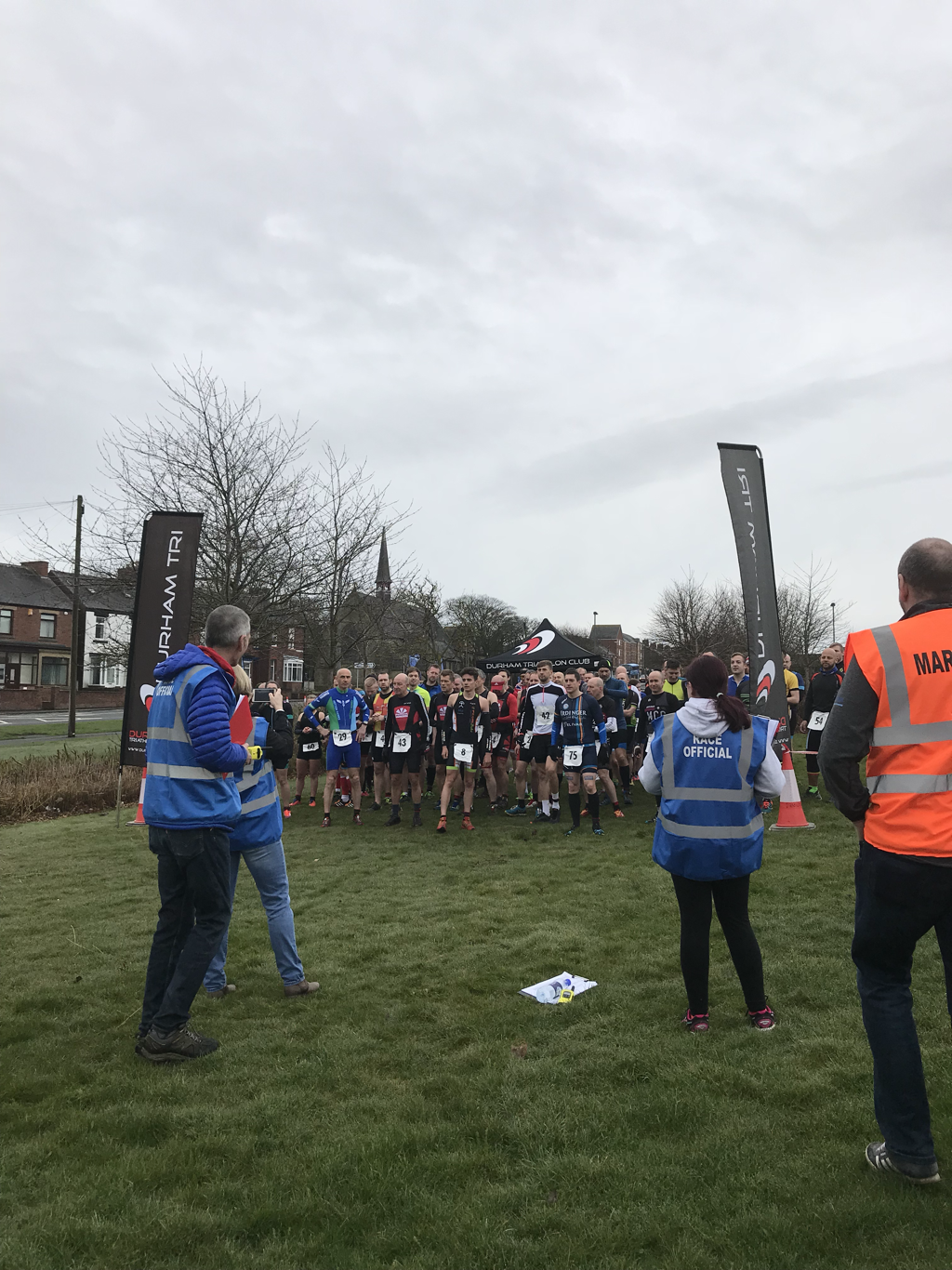 The race, being a sprint, consisted of 3 laps of a 5km trail run followed by 25Km hilly bike with a repeat of the 5km trail run to conclude the event.

Once again I positioned myself just to the side of centre on the front row of the pack. The run would begin with a downhill sprint straight to a tight left hand turn leading into a narrow single track . It was apparent on this first lap that the corner would resemble what could only be described as a quagmire by the end of the race, so getting there early was essential to pick the safest line.

Following the single track to the first of three ascents up a short but steep hill took us back to the top fields where we would be guided around the perimeter, returning back to the start to conclude lap one. From the start I was comfortably running in 4th position although clear daylight was being set by one of the younger competitors attempting to stamp down his intent from the start of the race. I could sense that this would need to be countered otherwise, knowing the terrain yet to come on the bike, exposing a weakness on the hills, I would find it difficult to get back into the race. 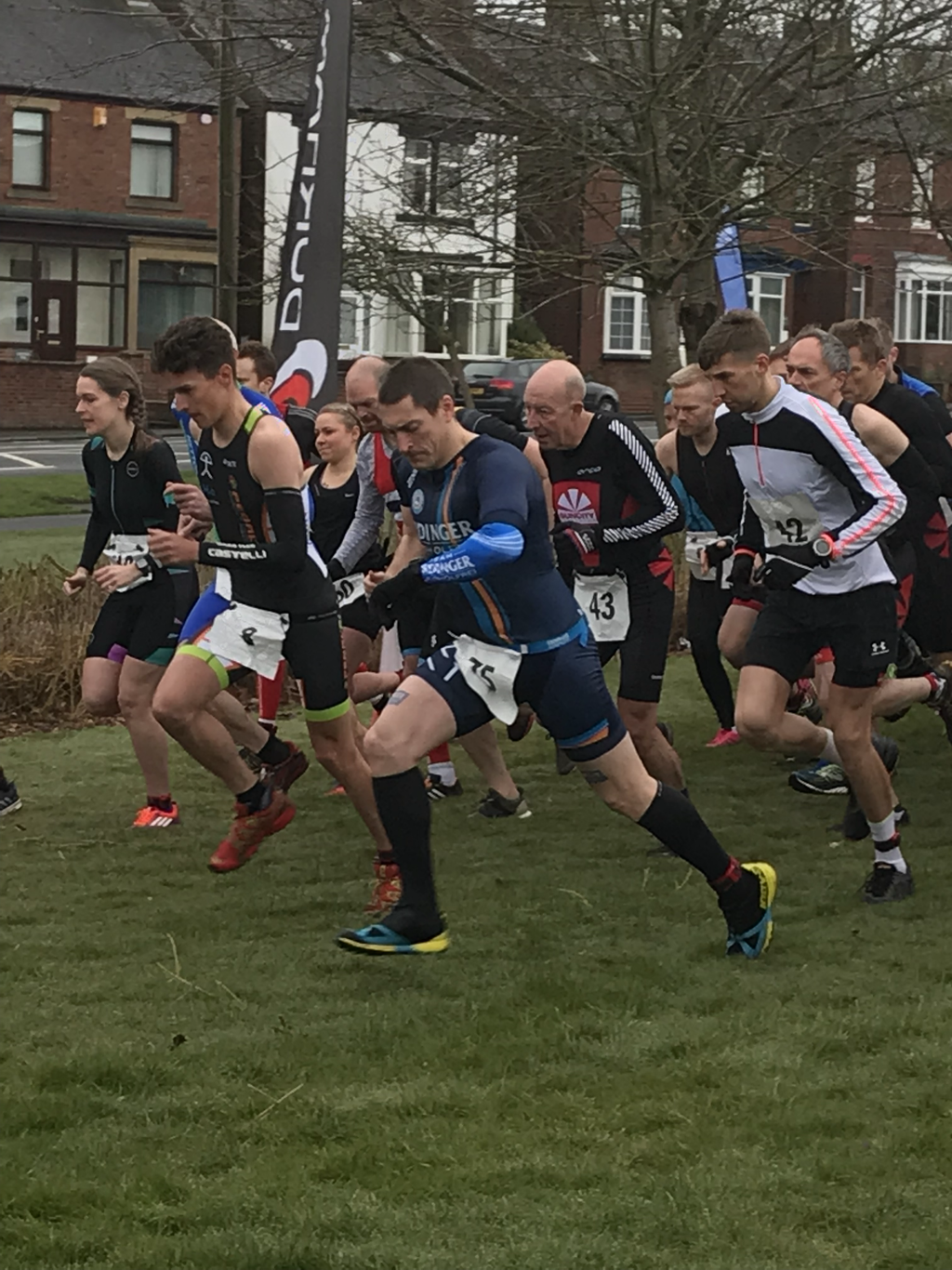 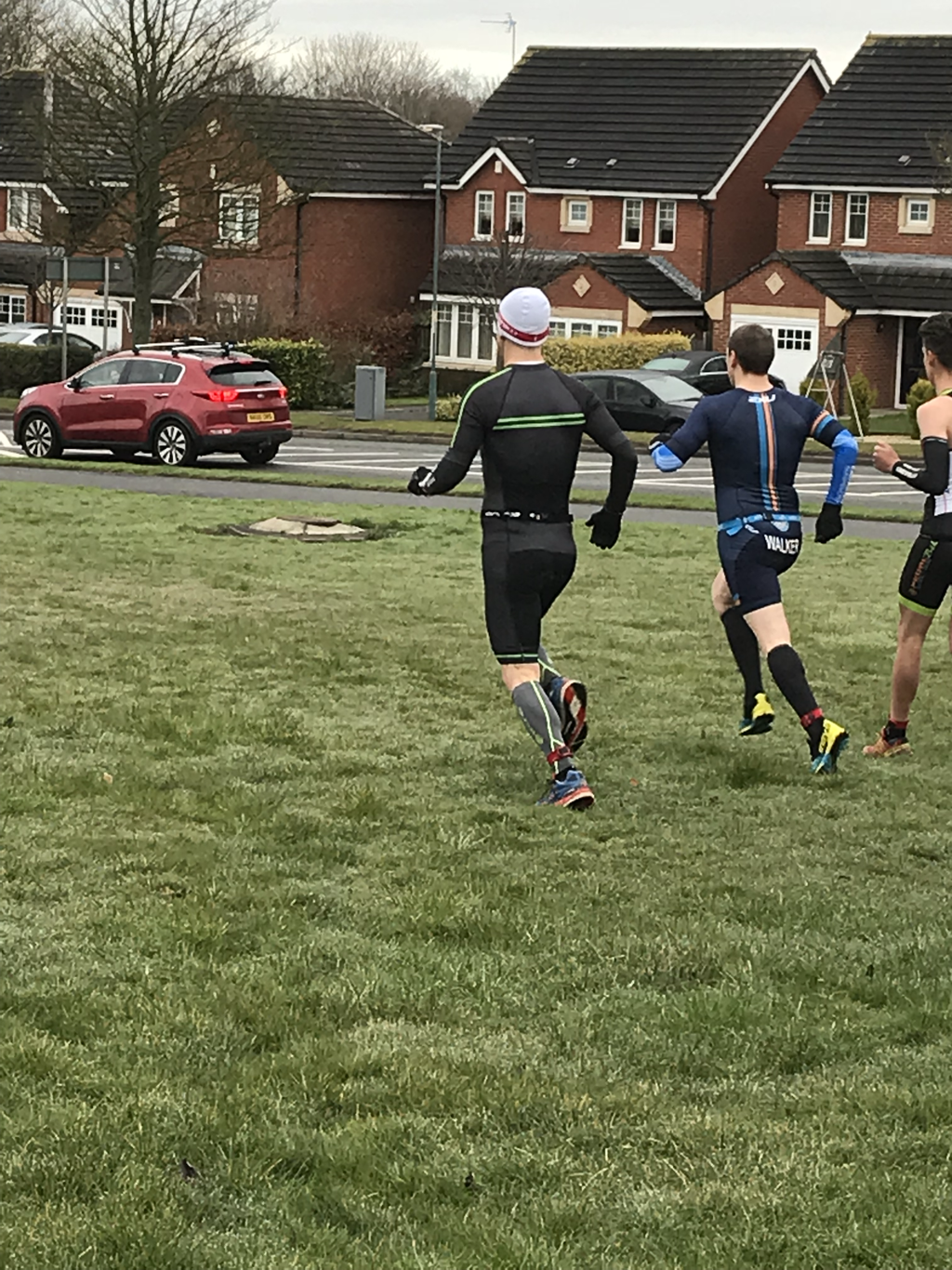 On lap two I had moved up into 3rd position and was starting to open up a little gap over 4th. Comfortable in sitting on the heels of 2nd place, as I pushed on, he would drive forward to stay ahead of me. I tried this tactic a couple of times and he repeated each time. I made the decission not to push to hard but consolodate my position for the start of the bike leg.

As we approached the end of lap 2, I found mself in clear ground at the 1st corner. The bog was now worse than id seen as it had been trodden on by many feet. I rounded the corner and planted my left foot, only to remove it minus a trail shoe. For a second, id thought about fishing it out, but opted to race on leaving it firmly buried. I had around 1600m to run with one trail shoe on and one bare foot.

I was slipping everywhere. The single track was off camber flowing from left to right. Every time I planted my left foot on the slightly higher ground, id slip. This resulted in me losing time on my competitors both ahead and behind me. I crested the hill which was the greatest challenge, to be offered flat land which was far more forgiving and allowed for me to settle down once again. I was still losing time eventually arriving into transition around 5 seconds ahead of 4th place and about the same behind 2nd. 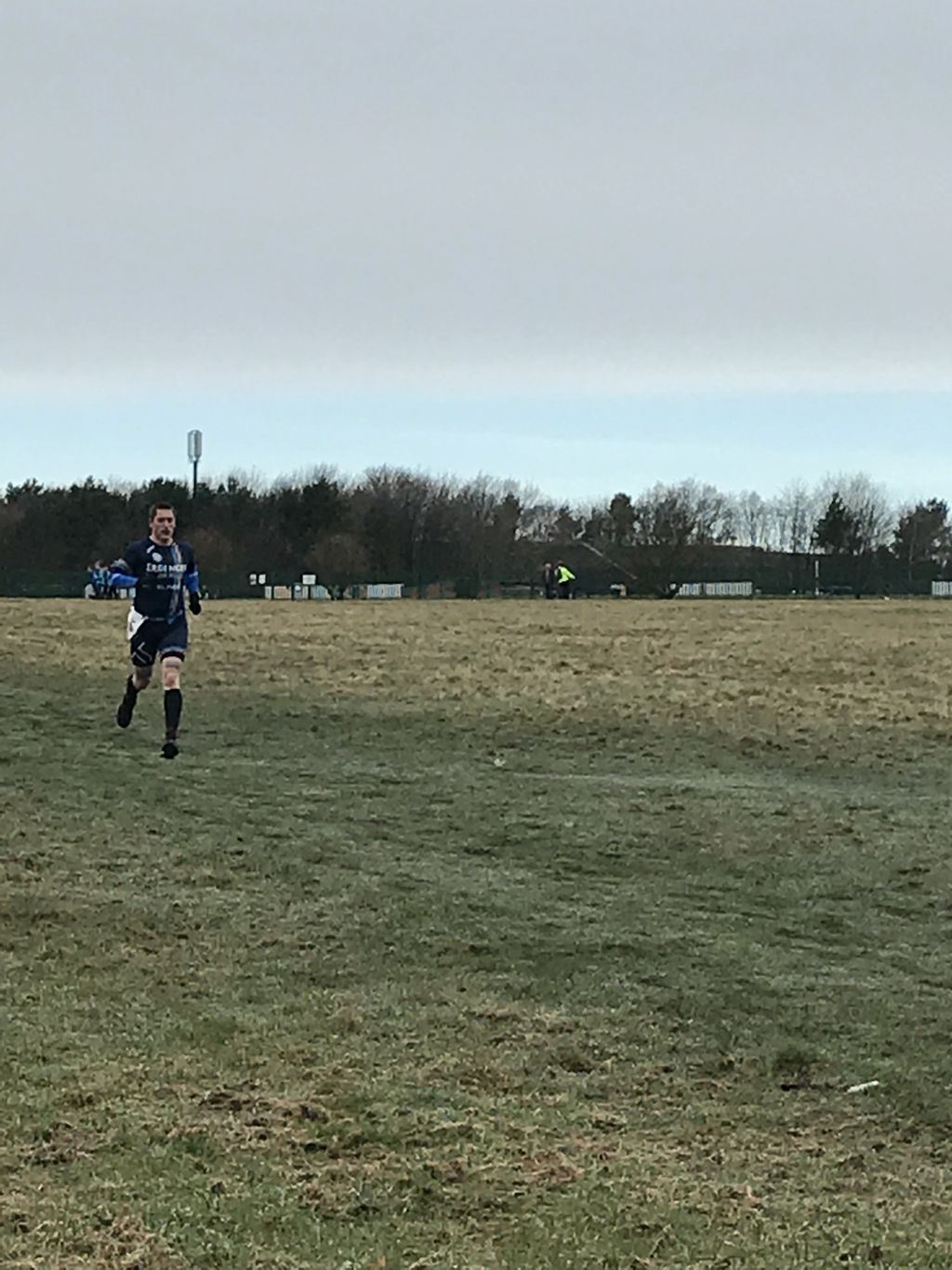 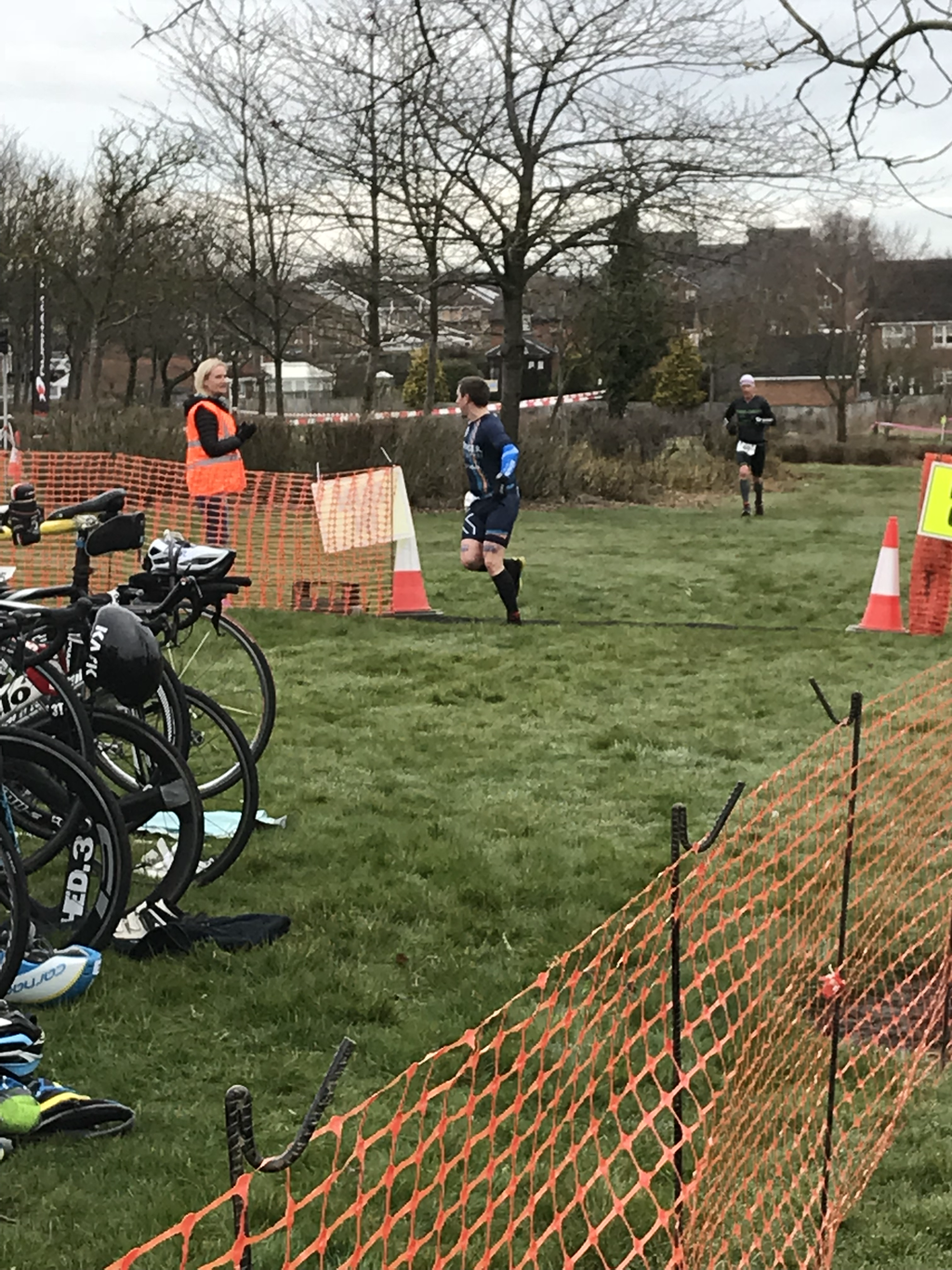 As I was shouting to the officials to retrive my shoe, the race referee was waving it in the air and kindly handed it to me as I ran towards my bike. Placing it down on the floor, I was lucky that I had placed a second pair of shoes down prior to the race incase they were required.

Out onto the bike and I didn’t realise I had taken over second place in transition and was to race out in 2nd place behind the leader. I only realised this as I was chasing him down and identified the different kit around 2km into the bike leg. Just as I caught him and was about to take the lead, 3rd place, (the guy who was in 4th going into transition and that I held off on one shoe on the run) came past, leaving me in 2nd place still but with a clear understanding now as to the positioning on the course. 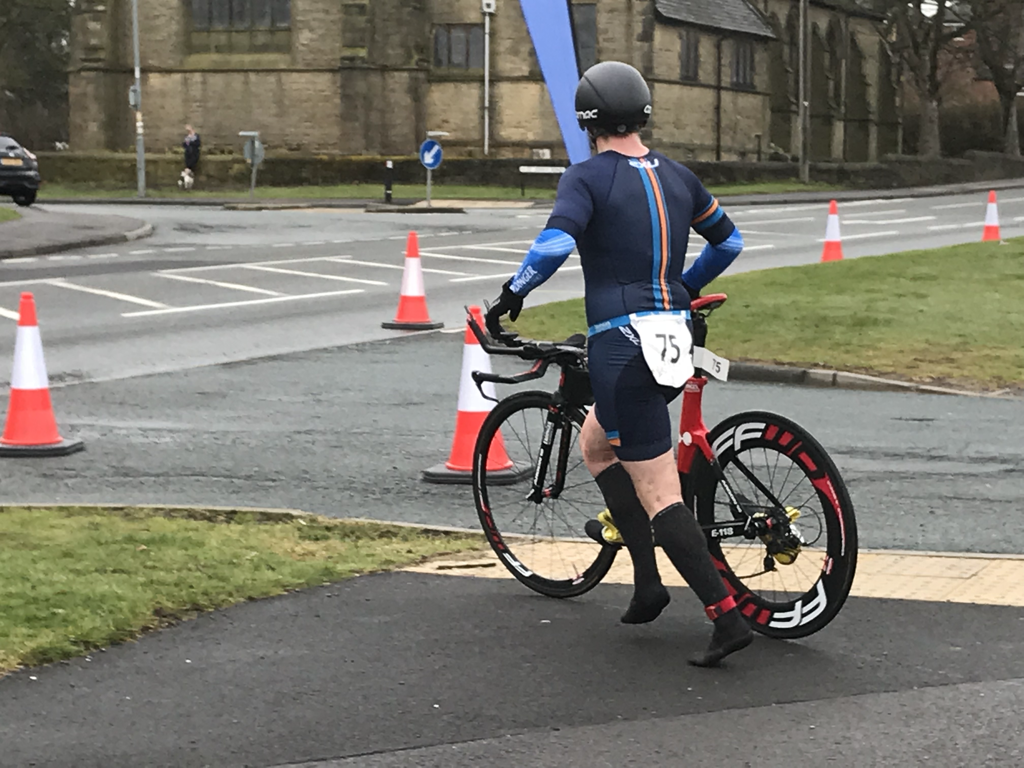 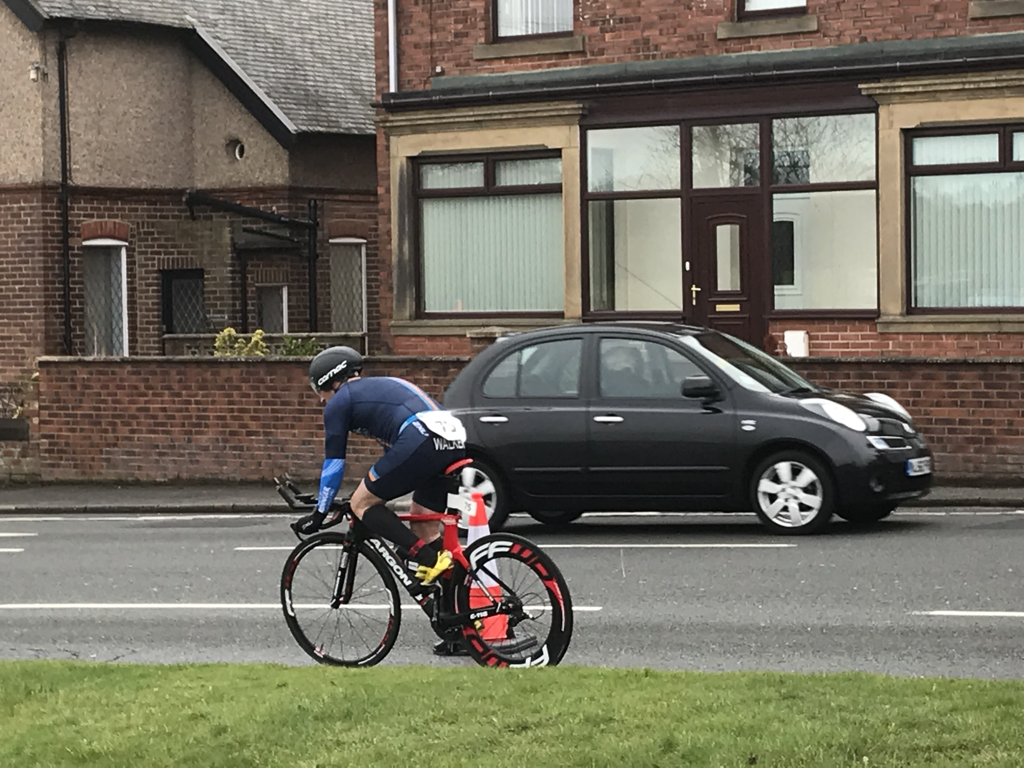 Head down, lets go. It was time to turn on the afterburners before Buttons Bank, the sting in the spine of the course which was going to break many athletes out there today. I rode it, It wasnt pretty, it wasnt fast but id crested the top all intent as I had been taken over close to the start and was left in 3rd place as we rode up it. Taking a breather and drink over the top it was all downhill to the finish. I was back in the big ring and descended with no gears left to go. As i took second place back I continued to open up a gap. I needed to grow this gap as sitting in third place was Christian Brown, the young athlete who had strung us all out on the first run by some distance. 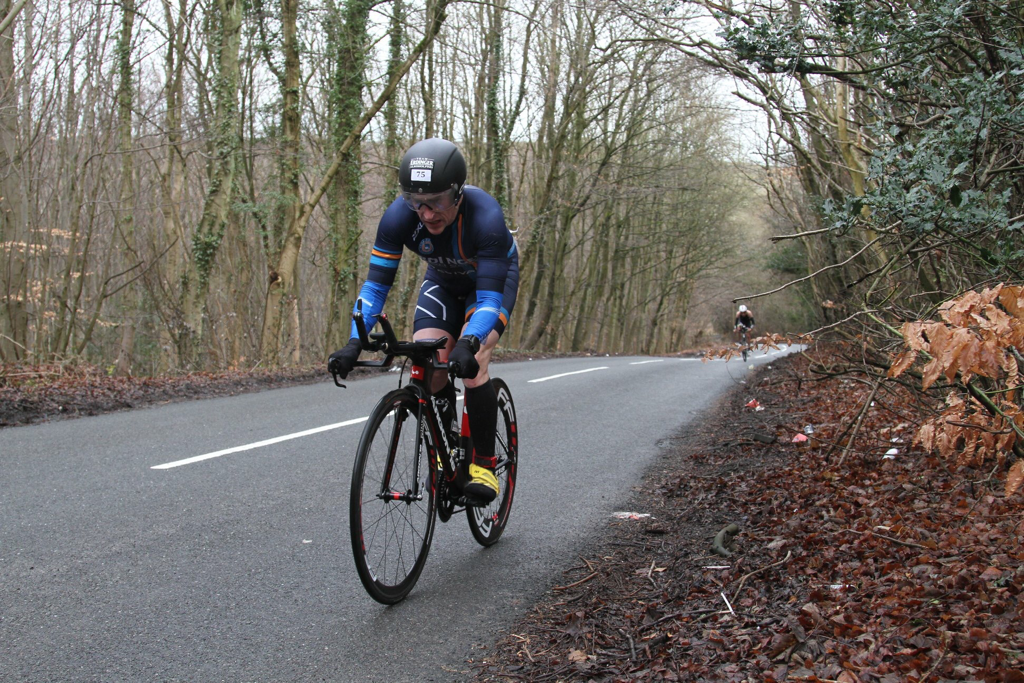 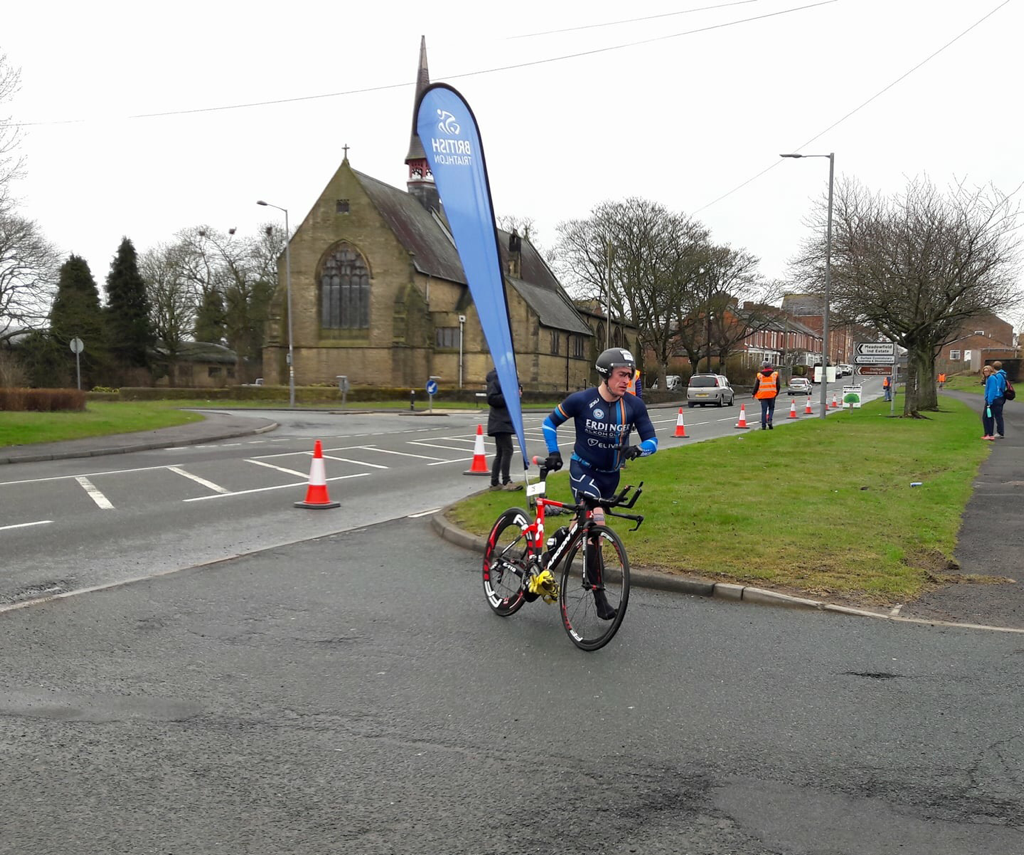 I used my strength and it worked. I had a clear gap which was as equivalent to first place over myself. Changing into my second pair of trail shoes, the tread was clean and more designed for muddy conditions. This was to be my first best decission of the day. The course was worse, it was wet and boggy but my shoes had traction. I felt as though I was running the second 5km faster than the first. I had running in my legs and I had time to High 5 my kids as I passed them each time I concluded the lap. There was no threat behind, my shoes were still on my feet, I just had to get round safely. 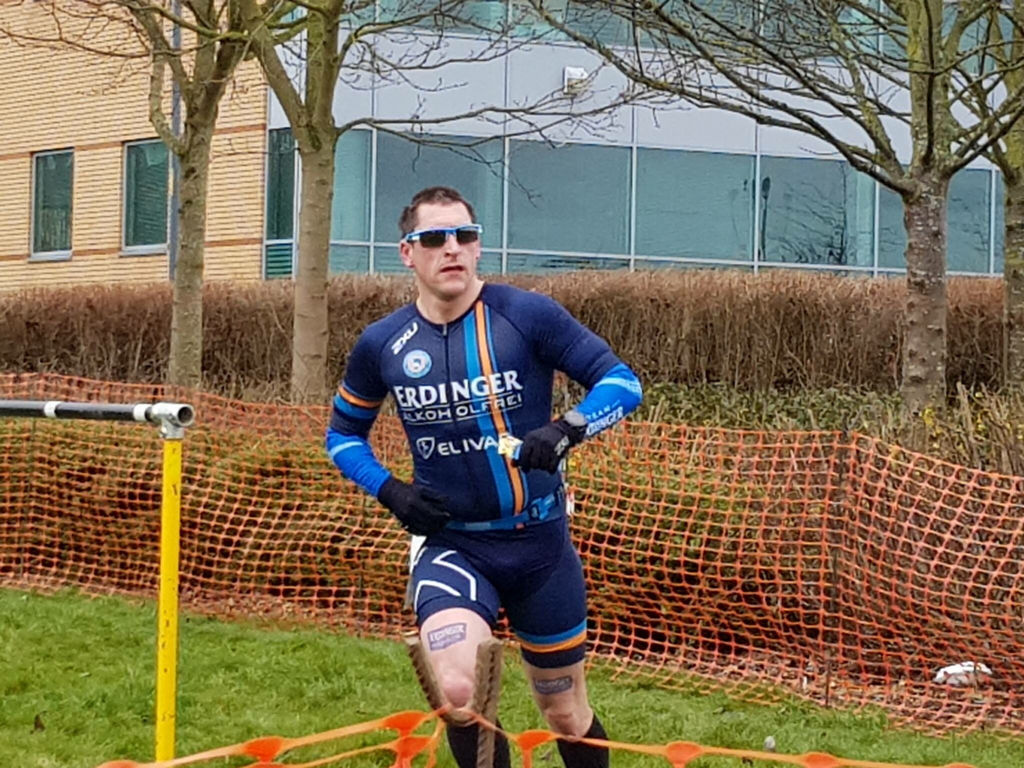 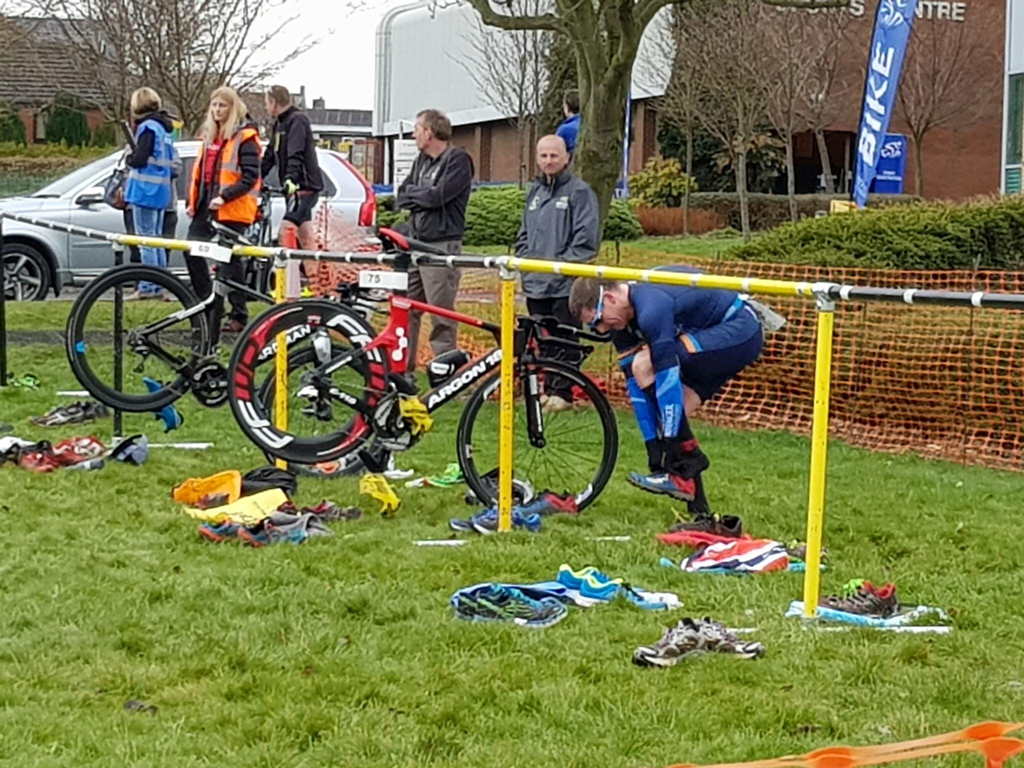 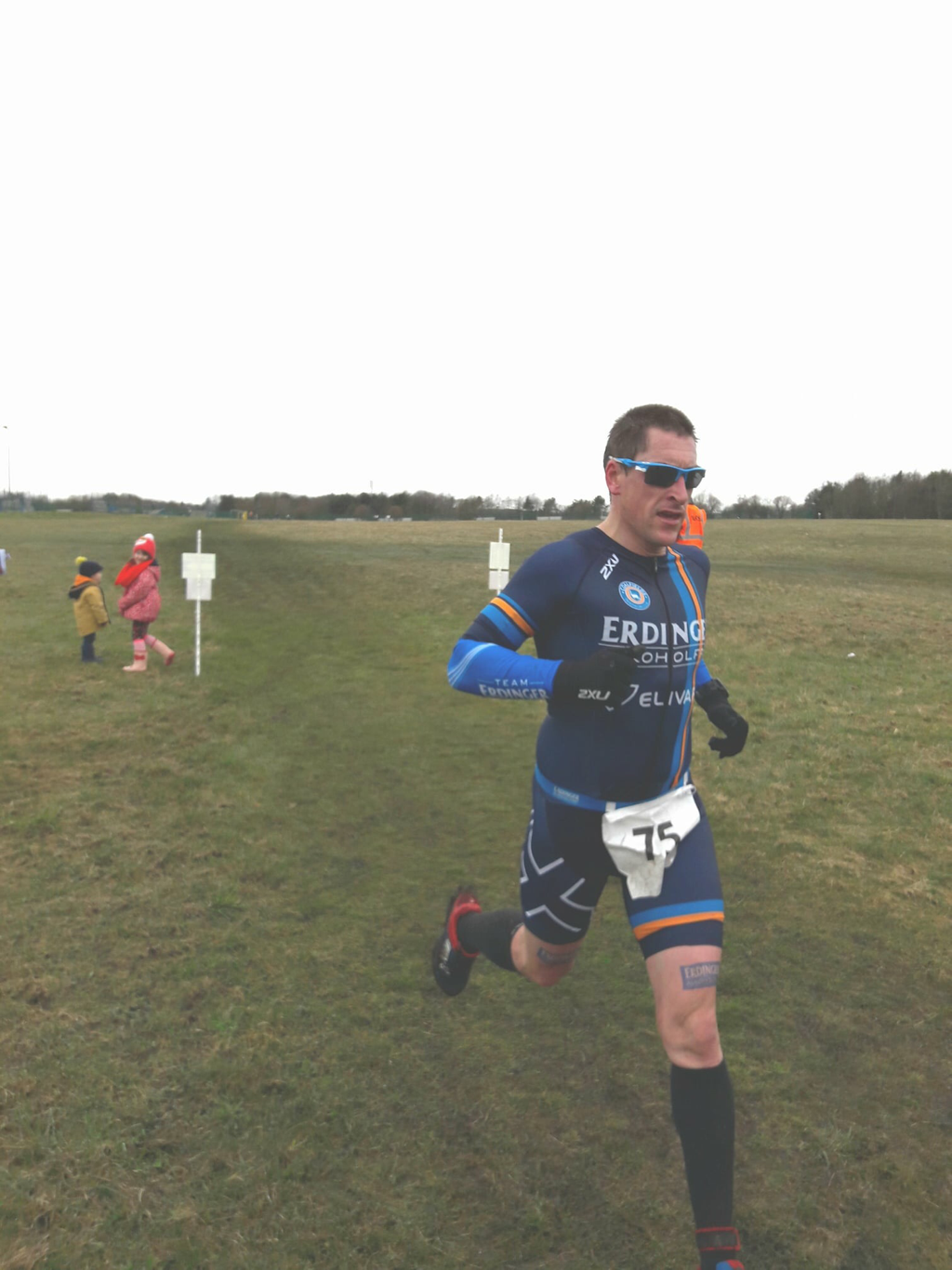 This I did. Crossing the line, I am delighted to have been able to have continued my good form finishing on my third podium in three races in 2nd position. Following on from 2nd at Anglian Water and 3rd at the British Championships at Bedford. An overall 2nd again has given me confidence to kick on in my training ready for the next block, with a couple of duathlons to go leading into the Triathlon season proper. 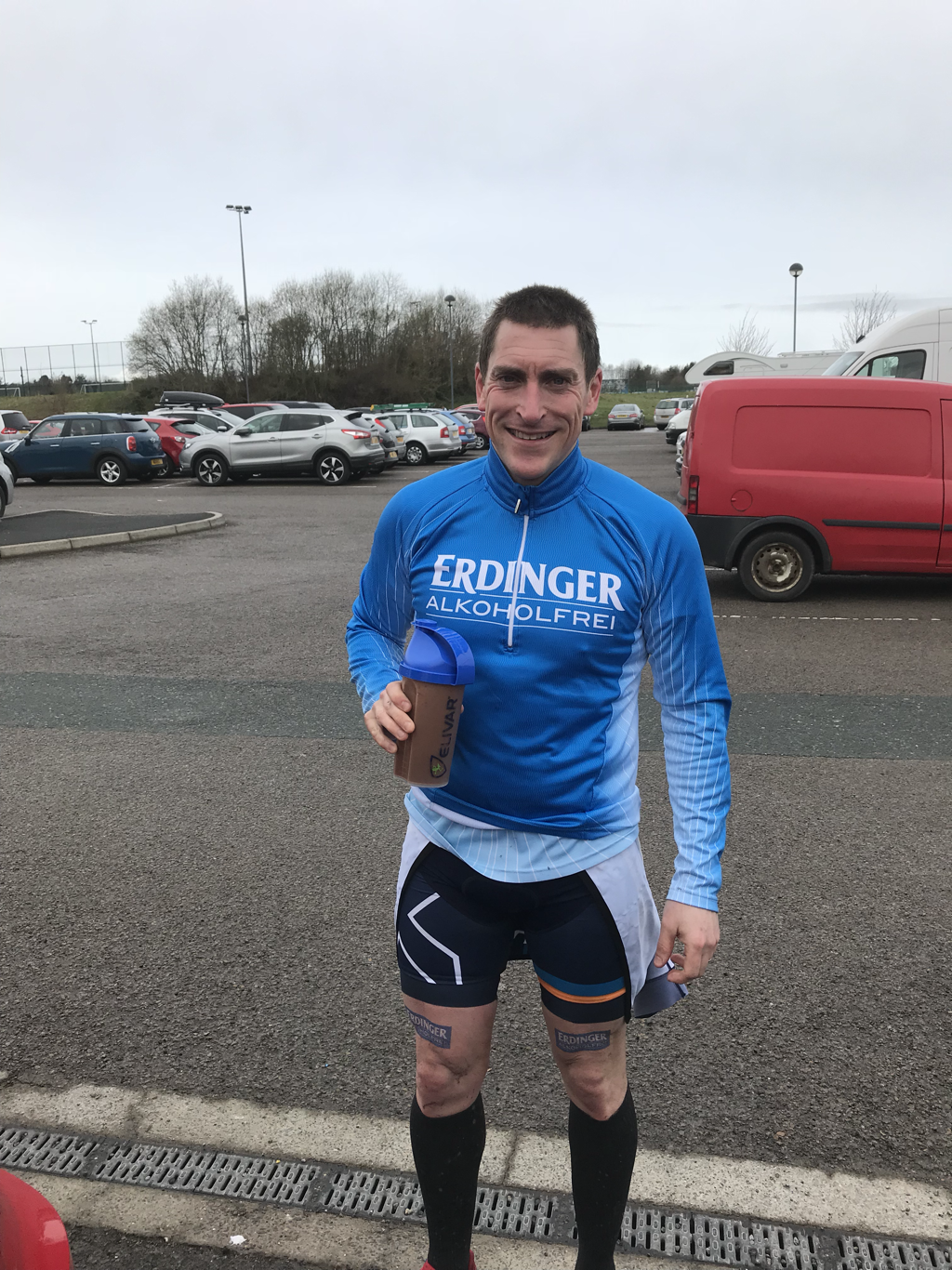 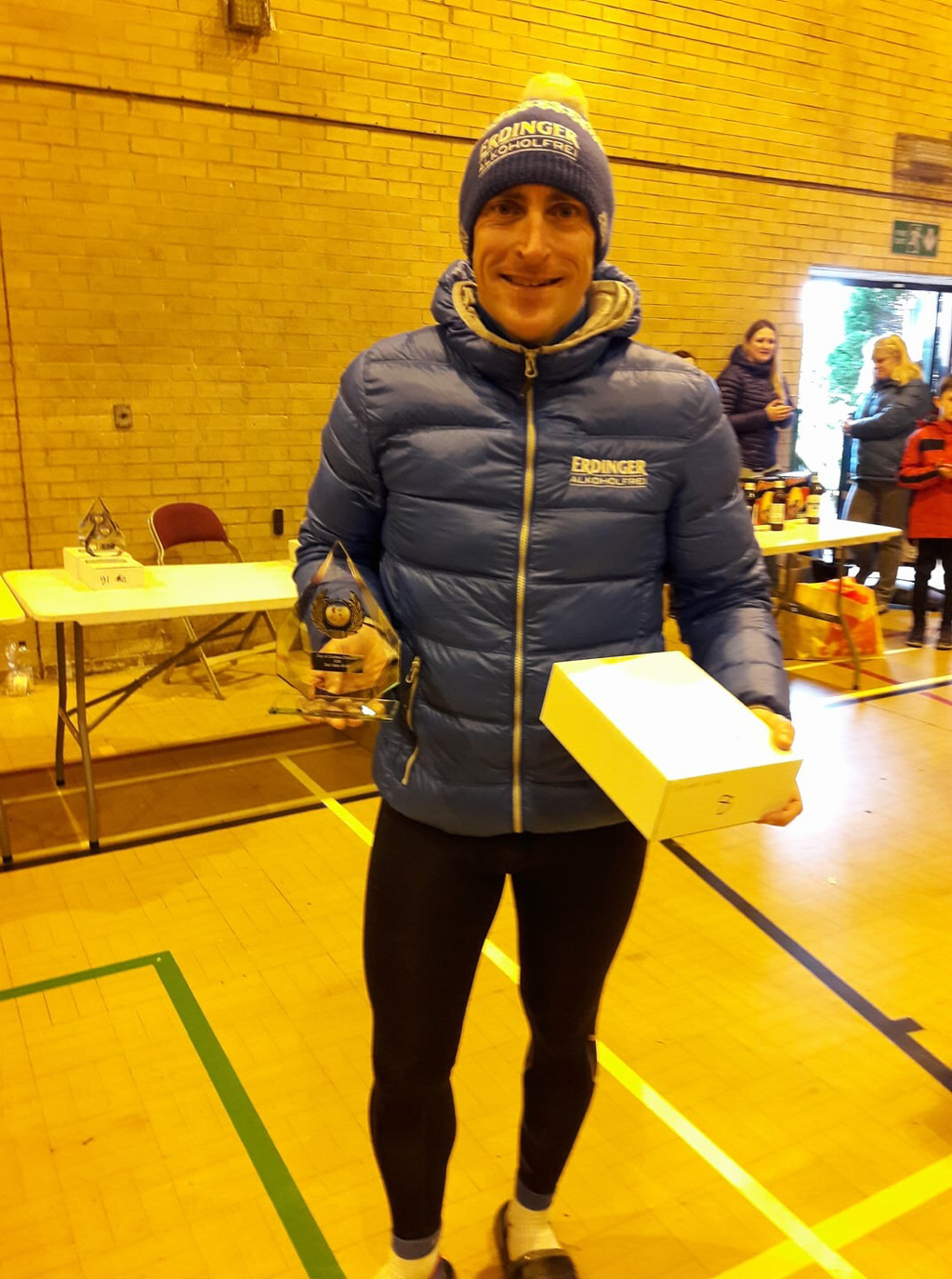 Thanks once again to Charlotte and the kids for coming to support as they always do, and my Mam and Dad who were able to come and watch once again. As always, to ERDINGER Alkoholfrei for all of their sport and allowing me to be around so many top class athletes which in itself offers me motivation and ambition and to Elivar for keeping me fueled. To RaceSkin who have now shown me the first proof of my new kit which looks fantastic to say the least and to Team FFWD wheels for keeping me rolling. #getconfident #gofast 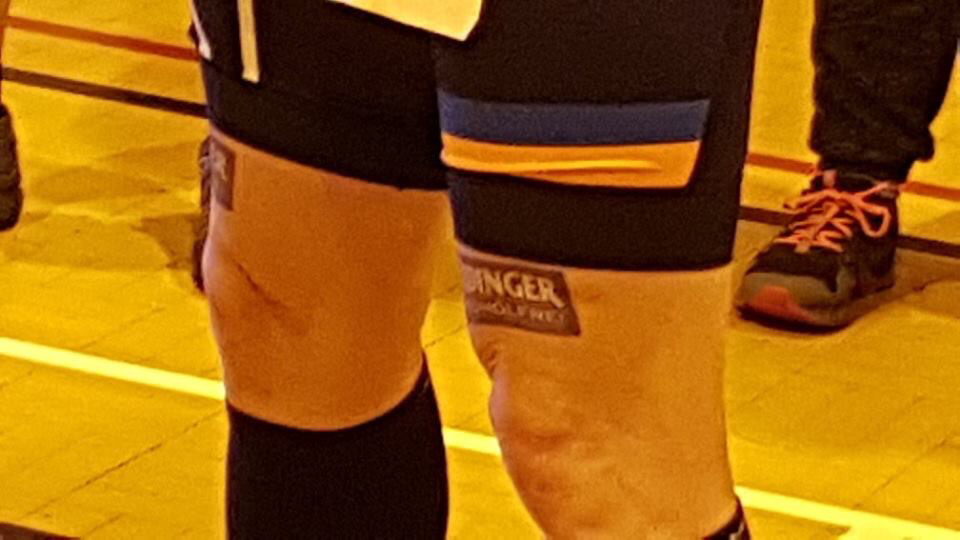 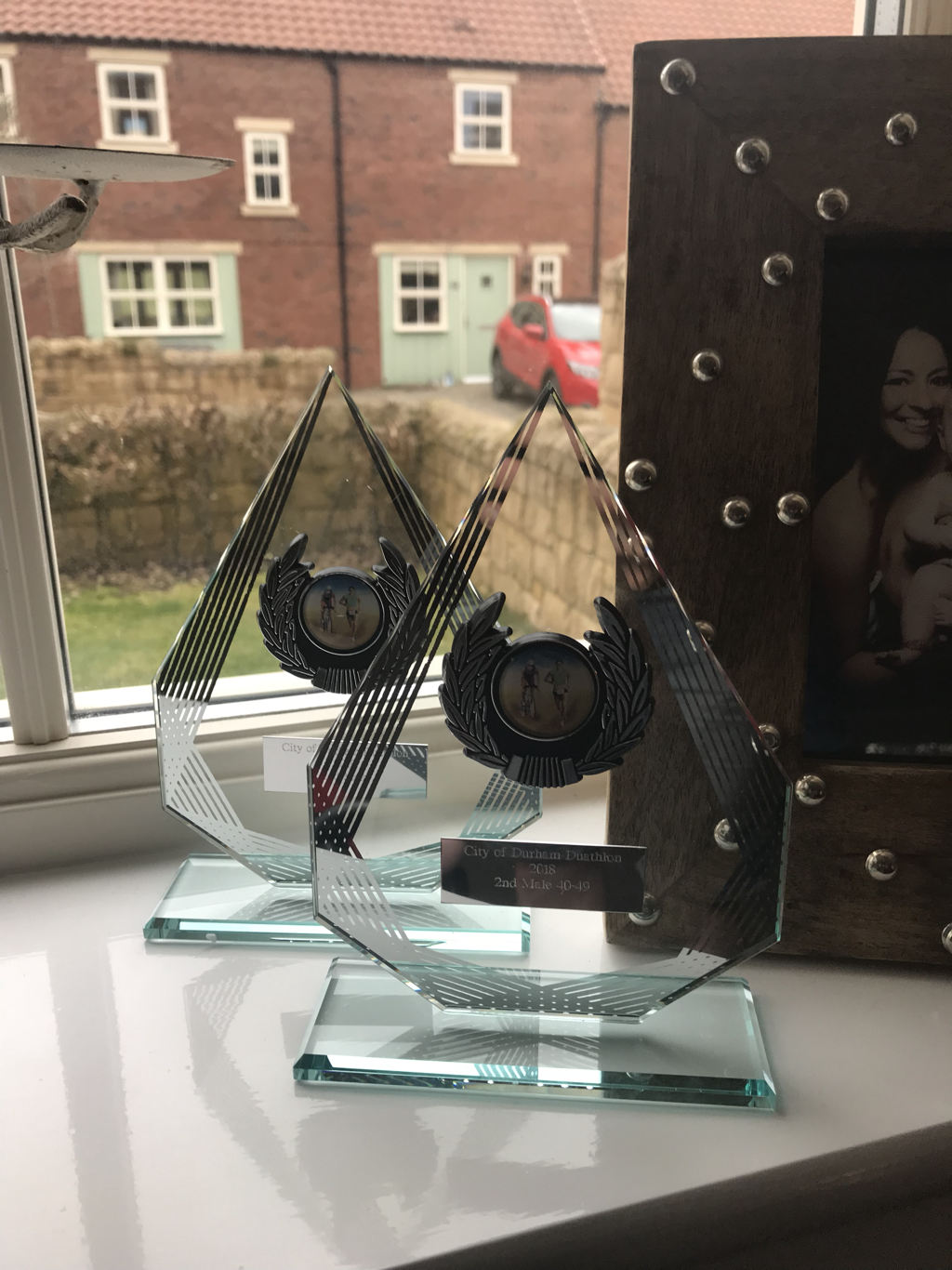